To register or join a live show, click the link “Join The Show” SST is the show that you’ll invite your friends over to watch every week! We can’t wait to have you! 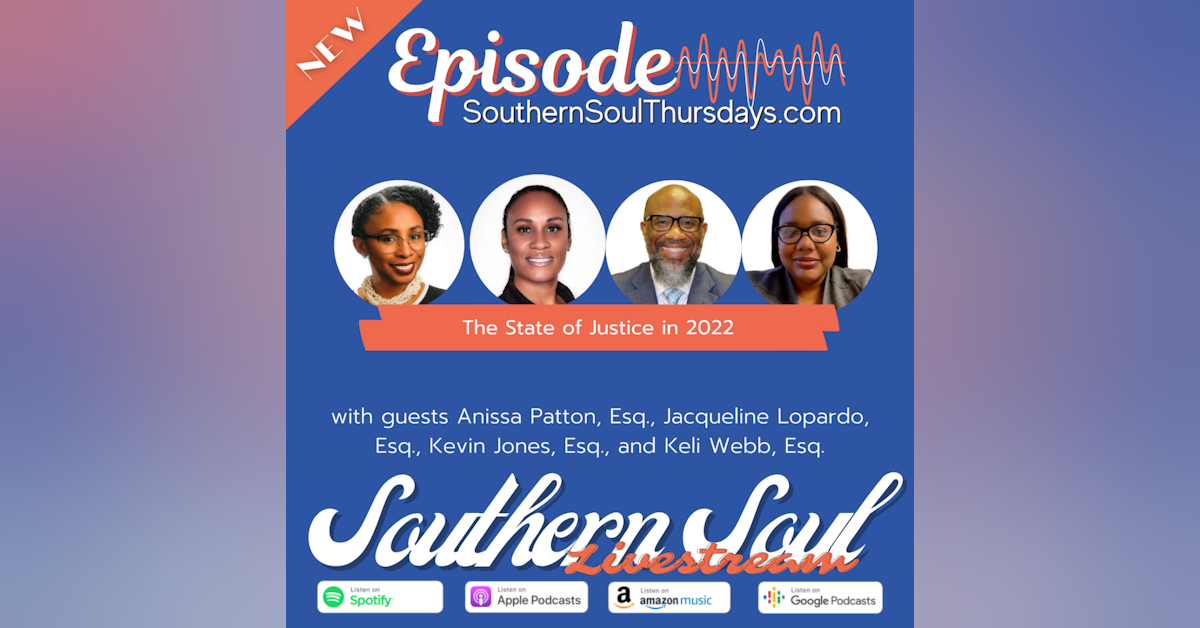 “Justice is a system that is supposed to protect all people, but historically has not served all citizens very well,” says host DJ D-Rich. Through slavery, segregation, and mass incarceration, African Americans have negatively been impacted by the justic...

“Justice is a system that is supposed to protect all people, but historically has not served all citizens very well,” says host DJ D-Rich. Through slavery, segregation, and mass incarceration, African Americans have negatively been impacted by the justice system. In today’s episode, host DJ D-Rich sits down with a panel of lawyers for an in-depth discussion about the state of justice in 2022.

While the concept of justice is good, it is flawed in its execution. According to the panelists, one of the main issues with the justice system is underrepresentation. When the system is designed for and run by a specific group of people, it is easy to neglect others. To better serve all of our citizens, we must encourage Black Americans to take part by doing things such as voting, running for office, and participating in jury duty. At the end of the day, justice cannot be served until it is equitable for ALL.

Tune into this week’s episode of Southern Soul Live Stream to learn more about the definition of justice, examples of systemic racial disparities, and ways we can reevaluate how we approach justice so we can build a system that is fair for all.

• “Greater justice to me means never being satisfied with the status quo within our justice system.” (16:55-17:03 | Kevin Jones)

• “To me, justice is family autonomy and unification by the community offering services and support so that a family can provide a nurturing and loving environment for children.” (19:46-20:04 | Anissa Patton)

• “Justice needs to be not just an outcome. It needs to be something that we do preemptively. There needs to be pre-emptive action plans that get us in a state of justice before we need to actually fight for justice.” (22:05-22:20 Jacqueline Lopardo)

• “If we are basing the concept of who deserves what based on our own moral correctness, then the question becomes who decides what is just?” (26:15-26:27 | Keli Webb)

• “We need more people of color and we need more representation from our communities in the justice spaces so that we determine who the judges are.” (48:58-49:10  | Jacqueline Lopardo)

• “Consistently having people of color who are on trial for their lives being judged by a people that do not look like them, do not come from where they come from, and do not understand their experience is how we have overwhelming sentencing and overpopulation in the prisons.” (53:23-53:43 | Keli Webb)